Ministries for Asia-Pacific (MAP) began on 1st December 1997 with the founding vision, “To catalyse the Church in Asia-Pacific to meet the challenges of extending God’s kingdom in the Third Millennium.”

A Welcome from the Chairman of MAP 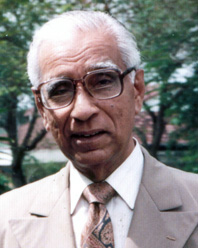 “Ooi Chin Aik, after having obtained Master degrees in Christian Studies and Theological Studies, from Regent College Canada, returned to Malaysia in 1991. While there, among other activities, he was involved in Evangelistic missions under the leadership of Rev. Dr. Michael Green.

He was invited to serve National Evangelical Christian Fellowship of Malaysia as Field and Research Secretary. Later, he was appointed acting General Secretary.

However he was convinced that his calling is to preach and teach the Word to the Church at large. This was confirmed by the numerous invitations he has received and which he accepted to preach and teach from churches across the denominational board. His ministry has taken him not only to churches in Peninsular Malaysia but also to Singapore, East Malaysia, Brunei, Jordan, Turkey, Egypt, Nepal, Bhutan, India, Australia and the United States.

He feels the time has come to set up an organization through which, teaching seminars, training courses and evangelistic campaign programmes can be planned and coordinated. In time, others with preaching and teaching gifts, who are called to this ministry, could form a team to carry the objectives of the organization. To ensure credibility and accountability, the organization will have a Council of Reference consisting of Christian Leaders drawn from various denominations. Hence, Ministries for Asia Pacific (MAP).”

“To cheer the work of evangelism, teaching and leadership in Asia-Pacific by ministering and mentoring.”

Ministries for Asia Pacific (MAP) is now registered with the Registry of Companies Malaysia, as MAP Partners Berhad (Registration No. 537022-W) under Akta Syarikat 1965 on 16th January 2001.

We are registering Ministries for Asia Pacific (MAP) in Melbourne, Australia as MAP Partners Inc. (Aust).